We hope you’ll stay connected with Anthropology and share your story with us and your fellow alumni. Please email us with your news and also provide U of T with your preferred contact information. Here are some personal stories of what some of our alumni have done with their U of T Anthropology degree. A full listing of our PhD Alumni can be found on our Graduate Dissertations page. 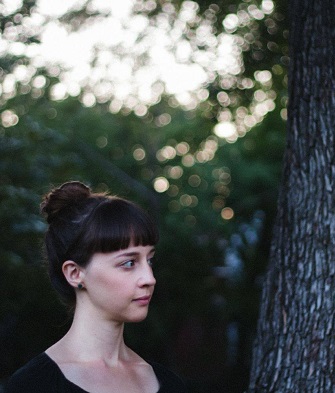 Bronwyn completed her PhD Candidate in Sociocultural Anthropology in November 2022. Her broad interest in the relation between society, labour, and new technology have led her to Indonesia’s ride-hailing economy and currently to app-based food delivery in Berlin. She is interested in how the social and political contexts of urban and national settings determine the development of app-based labour management, and the gaps in knowledge in algorithmic management systems. She is a member of the University of Toronto’s Ethnography Lab and the Urban Ethnography Lab at Humboldt University of Berlin. She has published in the Anthropology of Work Review and Science, Technology, & Human Values. Her research has been supported by the Wenner-Gren Foundation and the Social Sciences and Humanities Research Council of Canada. Keren began a postdoctoral position in Dr. Gili Greenbaum’s conservation genomics lab in the Hebrew University, Jerusalem, Israel, in June 2021. Her research, which builds on the work conducted for her PhD dissertation for UofT, examines the effects of forest habitat fragmentation on the movement, reproduction, and population genetics of endangered black howler monkeys in Chiapas, Mexico. Letha is a sociocultural anthropologist and an Assistant Professor in the Department of Religious Studies at the University of North Carolina Charlotte. She is working on a book manuscript about ghostly vengeance and spiritual pollution in contemporary post-war Acholi. Letha’s current teaching focuses on ethnographic approaches to religion and healing cross-culturally, as well as religiosity and epistemology in contemporary Sub-Saharan Africa. Her doctoral research focused on the excavation and study of human remains from several megalithic “pillar site” cemeteries near Lake Turkana, Kenya, and what they reveal about the spread of food production to eastern Africa. By comparing the dental morphology of herders buried at these sites to earlier foragers and later pastoralists, Sawchuk was able to test the hypothesis that herding arrived with migrants. The results suggest complex interactions between early herders and foragers in the Turkana Basin, changing narratives on the origins of pastoralism in eastern Africa. Her SSHRC-funded post-doctoral work at Stony Brook University builds on this research to evaluate human social and biological dynamics across Lake Turkana as herding spread along this frontier. She is interested in population interactions involved in the spread of herding and farming, and collaborates on additional projects in Kenya, Tanzania, and Zambia. Laura is an evolutionary anthropologist and an Assistant Professor in the Department of Anthropology at Saint Mary’s University in Halifax, NS.  Her dissertation research used stable isotope and trace element ratios measured in fossil tooth enamel to reconstruct the paleoecology of Rudabanya II, a 10 million year old primate locality in northeastern Hungary. Kathleen is a sociocultural/medical anthropologist and Assistant Professor in the Department of Family Medicine at McGill University.  Prior to her current appointment, Kate completed a Postdoctoral Fellowship at the Dalla Lana School of Public Health. Her work addresses the anthropology of gender, generation, human rights, personhood, and medical education; recent publications can be found in Social Science & Medicine, The Journal of the Royal Anthropological Institute, African Studies, and Academic Medicine.  She holds a SSHRC Insight Development Grant for a project entitled “Migration, Mines, and Marginalization: An Ethnography of Transformation in Ontario Resource Towns,” and was recently awarded the Hunt Postdoctoral Fellowship from the Wenner-Gren Foundation to fund the completion of her book, provisionally titled Rights and Responsibilities: Gender, Personhood, and the Crisis of Meaning in Rural South Africa. Zoë is currently an Assistant Professor at Rice University. She works on the remaking of life for injured American soldiers and their families, addressing questions of intimacy, debility, and the worth of life in the aftermath of war. Her work has appeared in an array of fora, from academic journals including Medical Anthropology Quarterly, Ethnos, and Focaal, to public venues such as PublicBooks and Somatosphere and the Costs of War Project, as well as many media outlets. Her chapter Attachments of Life: Intimacy, Genital Injury, and the Flesh of the US Soldier Body has been published in the Anthropology of Living and Dying in the Contemporary World, edited by Clara Han and Veena Das (University of California Press, 2016). Her book based on her dissertation fieldwork at Walter Reed Army Medical Center is tentatively titled Emergent Ordinaries: The Weight of Life at Walter Reed (Duke University Press, expected 2015). Before her position at Rice, Zoë was a Fellow in Theory and Writing in the Department of Anthropology at Columbia University, and prior to that held an NIMH-funded postdoctoral fellowship at the Institute for Health Research at Rutgers University. There she began a research project about the history of clinical technologies out of which the figure of the psychosomatic soldier emerged. She has also begun new ethnographic work interrogating how the moral panic around soldier suicide is related to concepts of “care” and “caregiving” in injured veterans’ families. Currently an Assistant Professor jointly appointed in the Department of Anthropology and the Center for Ethics and Humanities in Life Sciences at Michigan State University, Monir’s work in bioethics and organ trafficking has garnered major media attention. He was most recently interviewed by the BBC about impoverished villagers in Bangledesh selling their organs to pay off debts. Monir has published in The Journal of Social Studies, Medical Anthropology Quarterly and Disaster Prevention and Management. He also had a chapter entitled Parts and Labour: The Commodification of the Human Body, appear in the recently published Companion to Diaspora and Transnationalism edited by Ato Quayson and Girish Daswani (Wiley-Blackwell, 2013). Jude joined the Department of Anthropology at the University of Cape Town (2008-2009) where he won an Andrew-Mellon Mentorship Grant, enabling Michael Lambek to join him as a mentor for a month in Cape Town. He later taught sociocultural anthropology at Lakehead, Trent and UTSC.  Currently, he is a tenured associate professor in anthropology and directs the Ethnography Lab initiative at Regis University in Denver, Colorado where he has taught since 2013. His field sites include Venda in South Africa and the Bamenda Grassfields in Cameroon (West Africa). In 2016, Jude released his debut ethnographic documentary film, Something New in Old Town (47min) which examines the grassroots activism of young people’s associations in the city of Bamenda, Cameroon. He serves on the editorial boards of Africa: Journal of the International African Institute, London and Anthropology Southern Africa, the official journal of the Anthropological Association of Southern Africa. Jude is currently conducting research on the socio-political symbolism of the “Grassfields gown” and writing a biographical monograph on Phyllis Kaberry, a pioneer British anthropologist who carried out ground-breaking ethnographic research over a period of two decades spanning the colonial and early postcolonial periods in the Cameroon Grassfields.

Lisa Maher is an Assistant Professor in the Department of Anthropology at the University of California, Berkeley. Her research focuses on hunter-gatherer societies in the Near East, North Africa and Arabia with the aim of reconstructing human-environment interactions during the Late Pleistocene. She has continued her association with our department as the Co-Director of the Wadi Ziqlab Project with Prof. Banning, and holds a Status-Only Appointment here.

Lisa recently  published a paper in collaboration with another Alumna, Danielle Macdonald (PhD 2013, supervised by Professor Michael Chazan). Appearing in Stone Tools in Transition: From Hunter-Gatherers to Farming Societies in the Near East edited by Ferran Borrell, Juan José Ibàñez and Miquet Molist, Lisa and Danielle’s paper is entitled “Assessing typo-technological variability in Epipalaeolithic assemblages: Preliminary results from two case studies from the Southern Levant” (pp. 29-44). Danielle is currently working as a Postdoctoral Fellow at the Université Nice Sophia Antipolis in France. Susan is an Associate Professor  at the University of New Brunswick. After the completion of her PhD research on Ancient Wolastoq’kew Landscapes: Settlement and Technology in the Lower Siant John River Valley, Canada, she began a long-term research collaboration with Metepenagiag Heritage Park to explore the archaeological heritage of the Metepenagiag Mi’kmaq Nation. She is currently engaged in a range of research projects that focus on pre-contact technology, including copper working, and stone tool, pottery and textile manufacturing. She is also engaged in exploring the processes involved in community-driven research and indigenous archaeology. Currently the Chief Resident Anthropologist and VP of Idea Couture, Morgan draws on his academic training and ethnographic fieldwork to analyze and decode the meanings of rituals, performances, objects, institutions, belief systems, language and other ‘symbols.’  He has designed, conducted and managed global research projects for clients that include Burberry, Cisco, Kraft, Diageo, PepsiCo, Abbott and LG. Prior to joining Idea Couture, Morgan traveled the planet, worked as a magazine editor, taught undergraduate courses and had his scholarly writing published by Popular Music & Society, Rave Culture and Religion, and Global Pop Local Language.

Jay is a Senior Lecturer in Human Evolution and Development Fellow at Cambridge University. He is the Principal Investigator of the Phenotypic Adaptability, Variation and Evolution Research Group (PAVE), which aims to understand the ways in which the human phenotype adapts to environmental variation throughout the life course. He has published extensively in journals such as Human Biology, American Journal of Physical Anthropology, and the Journal of Human Evolution. Claudie was employed as the Gender Coordinator at the International Development Research Centre (IDRC) in Ottawa, where she developed and launched the Women’s Rights and Citizenship program.  She worked for two years as a Senior Policy Analyst for the federal Multiculturalism Program, and has also served as a Gender Equality Specialist at the Canadian International Development Agency (CIDA). Today, she is a Manager of the Research Training Portfolio at the Social Sciences and Humanities Research Council of Canada (SSHRC). She has published an article in Anthropologica and a chapter on Female “circumcision” in Africa: Culture, Controvery, and Change (Lynee Reinner, 2000).