Book Launch — Professor Michael Lambek's "Behind the Glass: The Villa Tugendhat and Its Family" 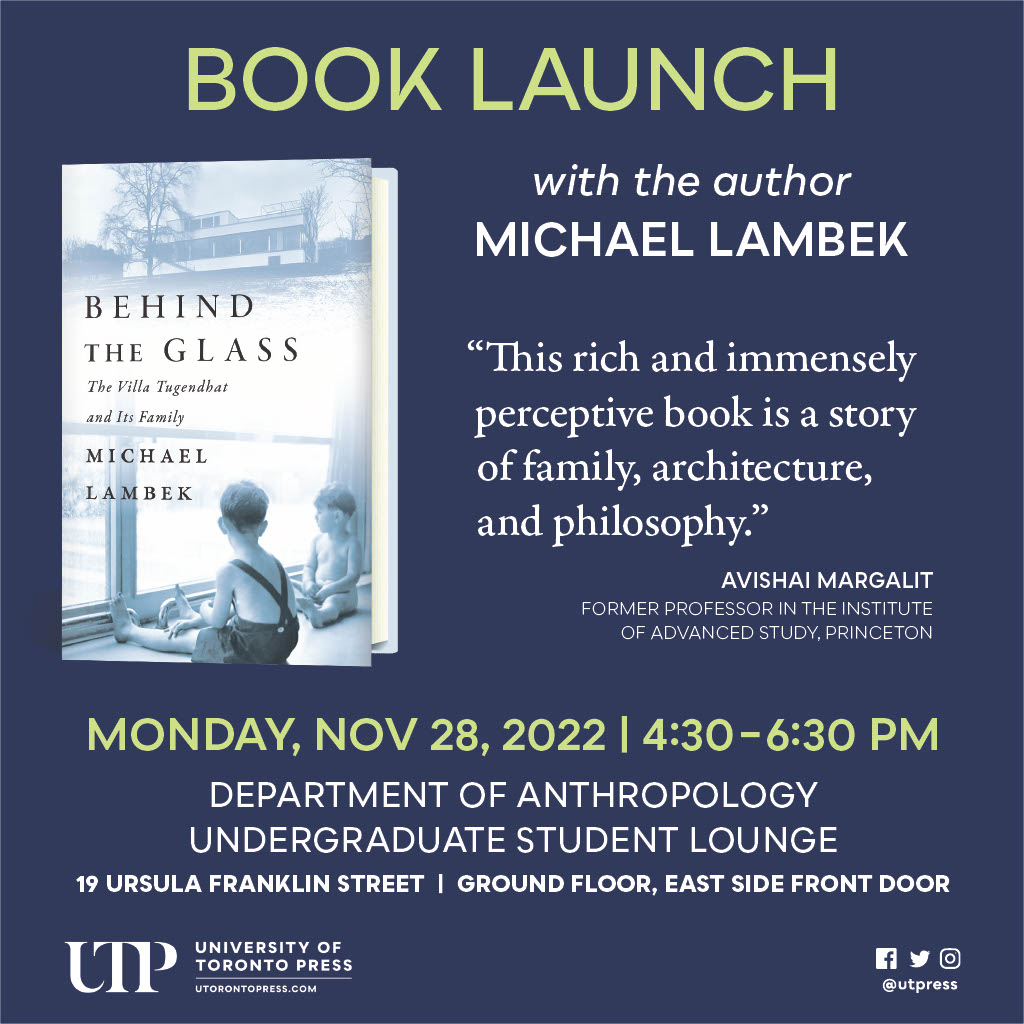 The Department of Anthropology is excited to host a book launch for Professor Emeritus Michael Lambek's newest work, Behind The Glass: The Villa Tugendhat and Its Family.

The launch will take place on Monday, November 28th from 4:30 - 6:30 PM in the Undergraduate Student Lounge at 19 Ursula Franklin Street.

As described by the University of Toronto Press, "The Villa Tugendhat, designed by Mies van der Rohe in 1928, is an icon of architectural modernism and a UNESCO World Heritage site. Behind the Glass tells the true story of the large family connected to it, who rose to prominence through industrial textile manufacturing.

The book traces the transformations in the life of the family, from their roots in a Jewish ghetto to part of the wealthy bourgeoisie in the Austro-Hungarian Empire to adaptation in interwar independent Czechoslovakia and flight in the face of Nazi invasion. Michael Lambek examines the generation born in the first decade of the twentieth century, especially Grete Tugendhat – Lambek’s maternal grandmother – who commissioned, inhabited, championed, and relinquished the distinctive modern house.

An exploration of life in and surrounding the Villa Tugendhat offers a factual portrait that runs counter to the fictional one portrayed in Simon Mawer’s The Glass Room. The book also provides unpublished correspondence between Martin Heidegger and Ernst Tugendhat, Grete’s son, as well as a description of the impact of a 2017 family reunion.

Behind the Glass reflects on the meaning of a "family" and suggests that it is more than a nuclear household – a family reproduces itself over generations, a product of how it represents itself and is represented by others."

We hope you will join us on November 28th to celebrate this exciting new work by Professor Lambek.

University of Toronto, Department of Anthropology